You don’t need a 14-karat gold Flappy Bird figurine, but you might want to own the cute little thing anyway. 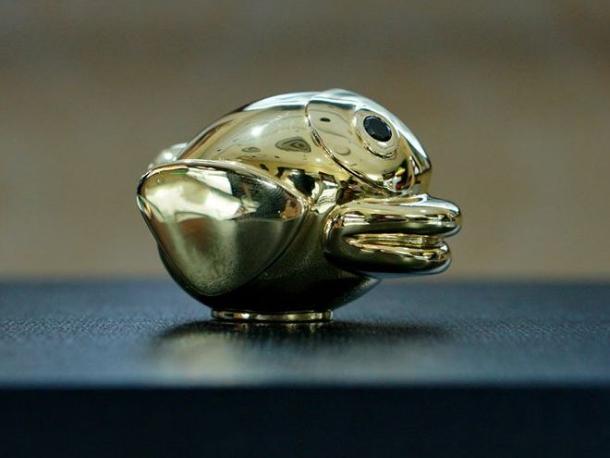 Certain people are having trouble dealing with the demise of Flappy Bird, the short-lived, highly addictive game that died a sudden death when creator Dong Nguyen pulled it from circulation. But the saga isn’t over. Nguyen says he’s considering a Flappy Bird revival. If you’re eagerly awaiting the game’s return, you might also be interested in something weird happening in Vietnam that has to do with Flappy Bird, solid gold, and an online auction.

Vietnamese goldsmithing company N3D created a gold Flappy Bird in the shape of the rotund flying protagonist from the game. The 3-ounce figure is a 3D replica crafted from 14-karat gold with two black stones for the eyes. It’s actually pretty cute in smoothed-out 3D form. Could we get this in a plush toy version?

The bird is currently up for auction, hovering at a high bid price of $1,500. The description reads, “To honor this world changing bird and demonstrate the craftsmanship of Vietnamese people. We want to introduce to you the Golden Flappy bird.” It says profits will go to help people in difficult situations in Vietnam, but doesn’t elaborate on this.

Flappy Bird moves in mysterious ways. The game has addictive properties. That may help explain why this solid-gold bird exists, despite having no practical use other than as a supremely fancy paperweight. Humanity has always enjoying constructing monuments to the things it loves. Flappy Bird is no different.

Nobody really needs a solid-gold Flappy Bird, but it may still represent the ultimate over-the-top piece of fan merchandise. If you don’t want to drop a couple thousand dollars, and want something more substantive, then head over to Kickstarter instead and support the Flappy Bird in a Box kit to make your own real-life, playable, ad-free version of the game. 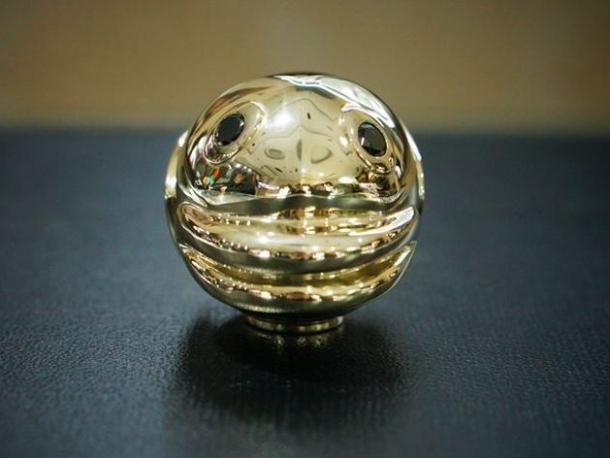