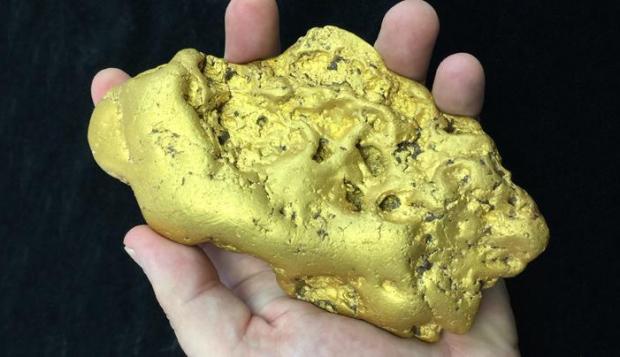 One of the biggest gold nuggets found in modern times in Northern California’s historic Gold Country is going up for sale.

The nugget’s owner asked dealer Don Kagin to keep his name and the location of the discovery secret, the San Francisco Chronicle reported.

What’s known is that a gold hunter found it in July on public land in the Butte County mountains. David McCarthy, a coin and rare-minerals expert, told the Chronicle that he took a blindfolded ride to the site of the discovery so he would be satisfied the nugget was genuine.

The gold chunk will be unveiled Thursday at the San Francisco Fall Antiques Show.