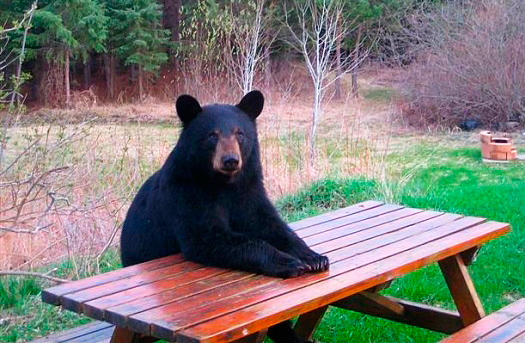 “The Deflation Bear is Waiting…”

We apologize in advance because this blog post is going to get heavy and perhaps a little obtuse… however we’ll let you be the judge of that!

There’s been plenty of debate recently if we will see inflation or deflation. The people that believe we will see inflation point to the ‘money printing’ by the Federal Reserve in the United States and the ‘monetisation’ of debt (purchasing their own bonds) as warning signs of impending and rampant inflation. The other side that believes we will see deflation point to the very high unemployment rates which puts heavy pressure on wages and consumer enthusiasm. Adding to their case is the large budget deficits at the federal level (deflationary), slowing tax receipts that put pressure on budgets and decreasing business growth.

Both sides have compelling arguments for and against and it could be said that gold and silver prices do trade on sentiment – fear and greed which are really not rational states of mind. The amount of money (US Dollars as the World’s reserve currency) in circulation has increased markedly yet if you talked with most business owners, particularly small businesses they will tell you accessing credit and loans is almost impossible right now. Small businesses are the backbone of our economy and money/capital could be considered the live blood for many – without it they will die. Leading to decreased production, staff redundancies, lower wages therefore lower consumer spending and so it continues in an ever worsening cycle.

If we see deflation then owning dollars could be very good because your purchasing power is in fact increasing, meaning you can buy more tomorrow than you could today. From what Ben Bernake (Chairman of the Federal Reserve) has said, it’s their intention to keep inflating the money supply – however one must consider where this money is going… of the US$3.3 Trillion Dollars most of the money went to the large global banks.

Some believe that the super wealthy are unloading securities, selling gold and buying dollars because the US will default on it’s loans. They claim the US is undergoing deflation with “fewer dollars chasing goods, chasing the worker’s labor, chasing factors of production — this means that each dollar in circulation will buy a bigger slice of pie (or, holding pie slice size constant — it will take fewer dollars to by a given slice of pie) — thus those holding dollars and IOU’s denominated in dollars are getting a big unearned premium — a windfall — on each dollar and on each dollar-denominated IOU they hold because of deflation.”

It’s not hard to see how large money players would want deflation because this increases the purchasing power of the money they hold. By starving the consumer of their purchasing power they in turn become more wealthy. So if you’re still following this post then you’ll be able to appreciate the summary… “when you buy gold, you are giving needed blood from our national veins — our dollars — in exchange for gold which is not spendable, which only adds to the deflation behind this depression.”

Buying gold under this argument has a negative effect on the economy as a whole and selling gold is good because this creates liquidity in the system.

It’s our view that in a stable healthy economy we would see continual price deflation as the cost to produce goods becomes cheaper through technological efficiencies across all sectors.