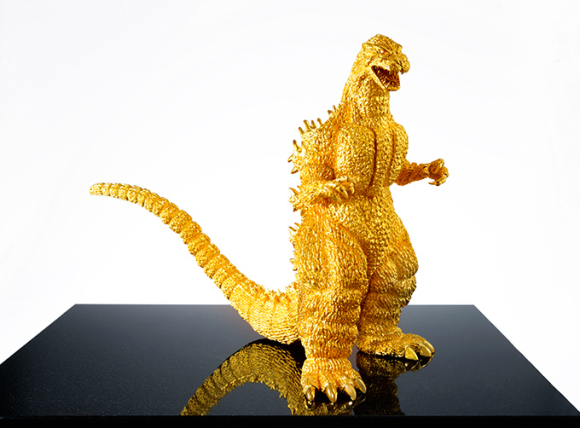 There’s a pretty predictable pattern that merchandising for anime and youth-oriented movies in Japan follows. New hits get inexpensive trinkets, at a price point where kids can purchase them with their allowance. After a decade or two, higher-quality, items start to show up, like Sailor Moon jewelry and Gundam cars, which are priced more in line with what the franchise’s nostalgic and employed fan base is willing to spend.

Since it’s now been 60 years since the first Godzilla movie, some fans who weren’t even in preschool for the legendary kaiju’s debut are now getting close to retirement. With possibly a whole career’s worth of earning, prudent financial decisions, and wise investments, some Godzilla fans can afford to lay out big money to show their respect for the King of the Monsters, which is where this solid gold Godzilla figurine comes in.

Jeweler Ginza Tanaka opened its first store in 1892. Since then, the company has built a reputation as a reputable provider of high-end, non-reptilian accessories.

To commemorate Godzilla’s 60-year milestone, though, the company has decided to create a 24-centimeter (9.4-inch) recreation of the beloved monster. While it’s not nearly as big as the awesome 8.75-meter-tall, two-ton Godzilla slide we recently visited, Ginza Tanaka’s figurine still tips the scales at 15 kilograms (33 pounds).

The statue’s price tag is even heftier than its weight, though, as Ginza Tanaka’s creation sells for an eye-popping 150 million yen (US $1.47 million). Why so much? Because it’smade entirely out of 24-carat gold.

The design is based off of the creature’s appearance in the 1989 film Godzilla vs. Biollante, although Ginza Tanaka’s designers say they added a bit of extra muscle tone for their sparkly statue. 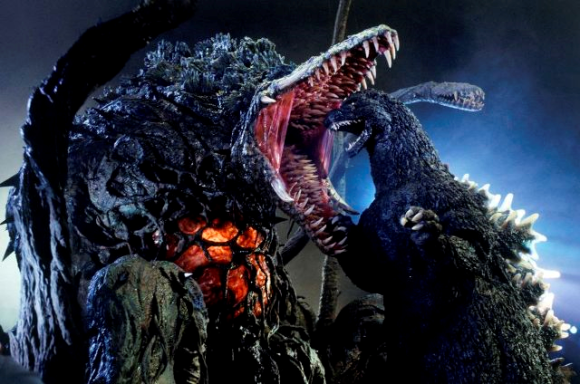 The golden Godzilla officially goes on sale July 20, but is committed to a series of public appearances soon after. From July 20 to 29, it’ll be on display at the G Haku Godzilla exhibit at the Hikarie building in Tokyo’s Shibuya. Next, it’ll move to the Ginza Tanaka flagship store in Ginza until August 10, before making the trip to Osaka for the G Haku exhibit at the Abe no Harukasu Kintetsu department store from August 14 to 24, then finally making the rounds of other Ginza Tanaka stores across Japan.

Presumably, though, the statue will eventually wind up gracing the home of whatever well-heeled fan steps up to but it. So if you’re a collector who’s been saving up your cash to make a bulk purchase of several thousand plastic Godzilla toys, here’s your chance to throw the same amount of money into your hobby in a way that’ll still leave you plenty of shelf space.