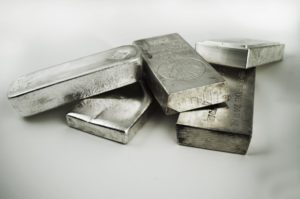 Among precious metals, platinum is probably one of the odder selections out there. Most people are familiar with gold and silver. Some have even heard of palladium. But platinum sits behind the stage lights, regularly ticking up in value and demand, and it is regularly in high demand as an industrial resource as well.

A Bit of Background

Platinum is its own element; on the chemical charts it’s most recognizable as “Pt.” While the metal has a high density, like other metals, it can be shaped and formed. And that makes platinum useful and valuable for tool-making. Even better and unlike iron and steel, platinum doesn’t corrode very easily or oxidize. No surprise, platinum as a metal is in high demand for environment applications that deal with a lot of moisture and oxidation chemicals that steel would fall apart in very quickly. That makes platinum valuable and able to command increasing demand as technology continues need more and more of the metal. For example, platinum is regularly used on boats given their constant exposure to sea water and salt. Other uses include medical implants which require both strength as well as sterility to work properly. To add to its rarity, platinum is actually harder to find than other precious metals, which are already rare. Application-wise, platinum performs far stronger softer metals like gold.

Platinum was found in quantities early, and the Spanish admired the metal quite a bit. By the middle ages and Renaissance, platinum considered a “royal” metal desired by monarchs, which only increased its value further. Fast-forward to modern times, platinum has skyrocketed in value for decades because of its overwhelming industrial demand. The realization of how useful platinum could be made it worth 800 percent more than gold in the 1920s, and by the jet age it was a commonly used material for jet engines and high-temperature weapon propulsion because it could withstand extreme heats. 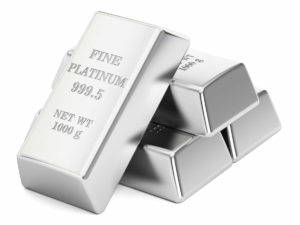 Platinum selling works very similar to any other precious metal. A personal seller needs to have a bit of understanding what’s going on with the given metal market before getting started. Like gold or silver, platinum has an investment value as well as an industrial use noted above. However, unlike gold and silver, platinum tends to decrease in value when the economic markets start struggling. Where gold and silver have often been used as a hedge to stock markets and similar, platinum works in the same direction as business strength because it is fundamentally a business resource. That means when times are good platinum will skyrocket in demand as businesses that use it are consuming more. When times are hard, markets are cutting back and reducing production, and platinum value drops. It can and has swung wildly in relation to gold and does always not move in the same direction in terms of metal value.

A whopping 92 percent of platinum goes directly to industrial use versus personal consumption such as jewellery or collection coins from mints. In comparison, silver realizes a 55 percent usage for industrial purpose and gold is far lower at only 11 percent. So, clearly, platinum’s value is very much tied to the business world and manufacturing versus investment speculation such as what is seen with gold. These numbers are not firm; they fluctuate from year to year. However, platinum has never dropped off its high industrial commitment levels in the 20th century. And if you drive a car, you’re using platinum heavily. How? Connected to your exhaust is what is known as a catalytic converter. This component is an essential part in reducing the amount of pollution that comes from your car’s engine and the combustion process. When metal prices started going gangbusters in the 2000s a new crime started popping up as a result – stolen catalytic converters. They were being practically sawed off cars in the house driveway at night by thieves, all to resell the platinum inside.

The best types of platinum to sell will include the following: 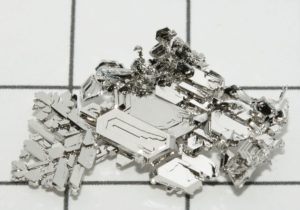 Working With a Platinum Buyer

Obviously, a personal seller needs to work with a precious metal buyer who actually works with and buys platinum. There are lots of metal buyers out there, but that doesn’t mean they all automatically take in platinum. And those who do might just only be doing it on the side simply to resell it to an actual regular buyer. That doesn’t bode well for the personal seller. Without knowing which business really wants platinum on a regular basis, it can be hard to find a respectable buyer as well as obtain a fair price. Many folks get frustrated, unable to sell something they know has value, and then they just throw in the towel and sell their platinum to the first buyer that comes along and actually offers cash for it. These desperate sales out of frustration often end up handing over platinum value for free, which is unnecessary.

At Gold Smart you can sell platinum jewellery as well as palladium jewellery, bars, coins and similar for cash at a fair second-hand precious metal price. Viable items can and usually include platinum rings, necklaces, bullion coins and similar items containing precious metals. Since platinum tends to be found more typically in jewellery, Gold Smart professional buyers are very familiar with evaluating these pieces and grading them for purchase.

The most visible platinum value reference a buyer will look for before testing the metal’s validity will be stamps or marks that include the following:

Note that will jewellery platinum is often matched to precious stones. This is because platinum provides a sturdy grip for diamonds and gemstones to keep them in place. Unfortunately, when the jewellery is still embedded with stones, it cannot be easily sold. The stones need to be removed to sell the platinum as a scrap precious metal first. In these cases it may be better to find a jewellery buyer interested in vintage jewellery with complete stone sets instead.

Gold Smart provides a huge difference in experience a buyer process versus other New Zealand precious metal selling channels. We are able to provide safe and secure selling either in-person as well as online via secure courier, and all items are evaluated and marked fairly for metal purchase and consolidation. Because we handle both the purchase and aggregation of precious metals at Gold Smart, we are able to provide better market pricing versus corner store operations that cut deep into the value and reduce the cash payment available to a personal seller and customer. We also focus on a long-term relationship with our clients so there will never be a hard pressure to sell or surprise fees and charges involved. Our entire Gold Smart process is up front, transparent and stands on a well-established reputation as one of New Zealand’s best precious metal buyers to work with. So, if you have platinum potentially for sale, whether it’s a ring or a necklace or an assortment of coins and lab equipment, give us a call or email to get started. We’re always interested in precious metals for sale, no matter the size and quantity.