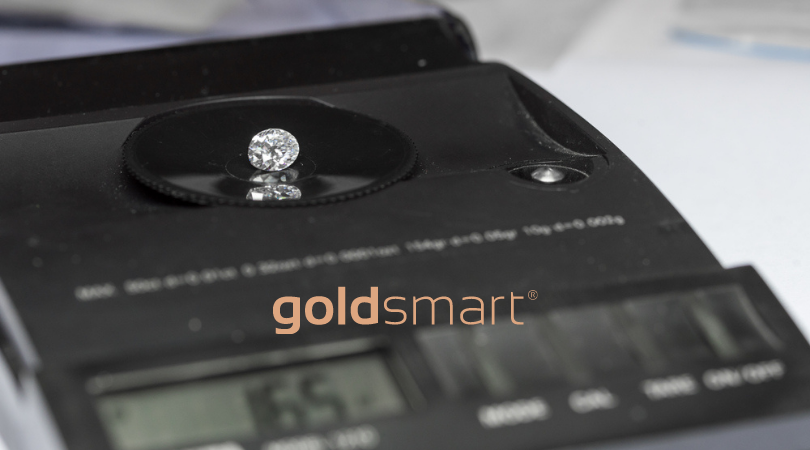 If someone ever tells you diamonds are rare and make a great investment for the future, walk away. This is one of the greatest marketing myths of modern times, and it has continued for decades due to the amazingly successful ability of one company to control a worldwide monopoly on the international value of diamonds. What started before the 20th century still continues in 2021 and will likely last for decades longer because the myth is so well-engrained in Western society.

The Short But Powerful History of South Africa’s Diamond Industry

A company called De Beers is said to artificially restrict the supply of diamonds to keep the prices obscenely high. Not only are diamonds artificially high in market value, but they are also a worthless investment. Retail jewellers prefer not to buy back diamonds from customers because they sell them at a 100 to 200 percent markup. Frequent resale transactions would expose the actual second-hand value and undercut the widely-held notion that diamonds eventually go up in value, which couldn’t be further from the truth.

Before 1870, diamonds were only worn by royalty, a primary reason why vintage jewellery from earlier times is so different from modern pieces in the 20th century. However, that year an enormous deposit of diamonds was discovered in South Africa. Once the diamonds started to flood the jewellery market, the owners of the mines realized they were making their investment worthless. Cecil Rhodes came in and started buying up all the mines trying control the output and keep the price of diamonds as high as possible. It was a classic supply & demand move. Cut the supply, demand rises, and so does the price. Trickle out supply but just enough to keep the interest up, and the high price pays for everything involved. By 1888 Rhodes controlled the entire South African diamond supply, and in turn, essentially the entire world supply since diamonds were impossible to find anywhere else. By 1902 mining prospectors discovered another massive mine in South Africa that contained as many diamonds as all De Beers’ mines combined. The owners initially refused to join the De Beers cartel, but eventually saw the light three years later.

Today, De Beers owns most of the diamond mines. For mines that they don’t own, they have historically bought out all the diamonds, intimidating or co-opting any independent efforts to resist the South African monopoly. De Beers then transfers all the diamonds over to the Central Selling Organization (CSO), which is also owned by them.

The CSO sorts through the diamonds, packs them in boxes, and delivers them to the 250 partners that they sell to. The price and quantity of the diamonds are non-negotiable – it is a take it or leave it deal. Refuse your box, and you will be out of the diamond industry. Most players count industry survival more important than the principle of the matter. As a result, this system has controlled 90 percent of the diamond trade and has been solely responsible for the inflated price of diamonds consumers pay.

There have been shakeups, however. In 1957 the Soviet Union discovered a massive deposit of diamonds in Siberia. Even though the diamonds were a bit on the smaller side, De Beers still had to swoop in and buy all of them from the Soviets to avoid an uncontrolled market upset. Later, in Australia, a large supply of colored diamonds was discovered. When the mine decided to refuse to join the syndicate, De Beers retaliated by unloading massive amounts of colored diamonds that were similar to the Australian ones to drive down their price. The move immediately crushed the independent player financially. Similarly, in the 1970s, some Israeli members of the CSO started stockpiling the diamonds they were allocated rather than reselling them. This made it difficult for De Beers to control the market price and would eventually cause deflation in diamond prices when the hoarders released their stockpile. De Beers played the long game of attrition since it ultimately controlled the ongoing supply. The offending members were banned from the CSO and they withered being cut off from any new diamond business.

In 2000, notably, De Beers announced that they were finally relinquishing their monopoly on the international diamond business. This move was in response to increased pressure resulting from a U.S. anti-trust lawsuit related to price-fixing industrial diamonds to the tune of $10 million, a pittance on what De Beers could have paid had they been penalized to their company worth.

Cultural Appropriation by Wedding not Industry

Today, over 80 percent of women in the U.S. receive diamond rings when they get engaged. However, provide a partner a cubic zirconia stone, and a suitor might very well get put in the hospital. The cultural rule of the diamond being the elite representation of marital commitment has been practically cemented in Western culture since at least the 1920s, and even estate jewellery gets turned down for opportunities to have new diamond rings and jewellery.

Interestingly, diamonds could be far more valuable today through technology. Diamonds can perform as an outstanding semiconductor material, superior in many ways to silicon, which is currently the most widely used electronic material. Diamond devices could operate at higher temperatures (more than 400 °C) and higher power than those of silicon, as well as being faster, denser, and more resistant to radiation. But practical diamond electronics will need large-area, single-crystal diamond wafers to be fabricated, analogous to the 6–12-inch silicon wafers commonly used in the semiconductor industry. Two papers from Golding and colleagues, in Applied Physics Letters and Diamond and Related Materials, now show that this may be possible if sapphire wafers are used as substrates on which to grow the diamond.

Ask any electronics engineer “what is the ultimate semiconductor material?”, and the majority will say a “diamond”. Take a look at any comparative table of properties and the reason is obvious (strangely exponents of gallium nitride and silicon carbide always omit the diamond column from their presentations).

Where the diamond really scores high is that it far outperforms any other material in terms of the stone’s ability to insulate very high voltages across very thin layers of the material. The lower the insulation strength the more base material you need to start with (which is a big issue when wide bandgap semiconductors are already at least 10 times the cost of silicon), but more importantly the slower the device operates – which is now why 6,500V appears to be the ultimate practical limit for silicon insulated gate bipolar transistors (IGBTs). Despite its obvious intrinsic advantages, however, the diamond has struggled in the past to make any significant progress as a semiconductor material. The reason for this because of widely held misconceptions.

The simple fact is the diamond is made up of the ideal material to meet the needs of the energy systems of today and tomorrow where the need exists to precisely control the flow of electricity from watts to megawatts. Unlike other wide bandgap materials, the diamond has the potential to be able to clearly differentiate itself against existing silicon on cost (per switched watt) and performance. Beyond power electronics, the diamond also has a wide potential of electronics applications that exploit other facets of diamonds’ superior capabilities including bio-compatible and ultrahard wearing MEMs, photovoltaics, and extreme environment devices. The most celebrated manifestation of this technology is the quantum computer, which could exploit quantum principles to achieve far greater power than the devices.

Unfortunately, yet again, the diamond industry has deftly steered practical engineering away from what works to what is “acceptable,” leaving diamonds to continue to float in the stratosphere of made-up value and luxury.