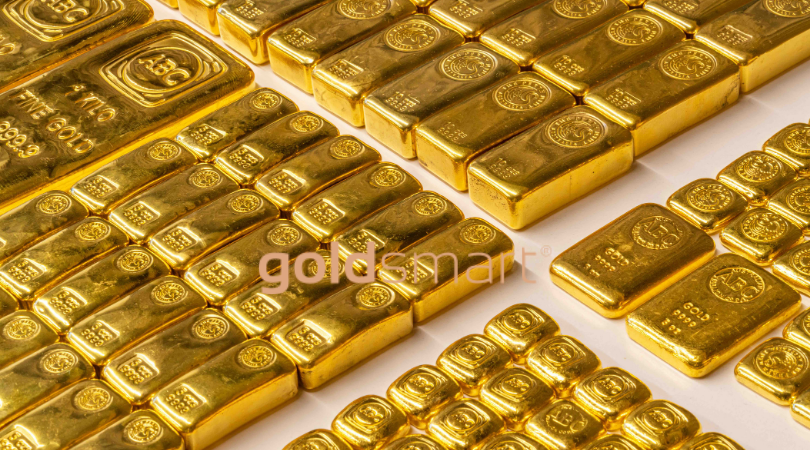 As one of the most original and natural elements of earth, gold tends to be responsible for creating quite a ruckus in known and recorded history. Basically, a shiny metal ore that, unlike its other metal cousins, glistens with a yellow color, gold has been practically useless on a functional level for centuries. Only in the 20th century and forward has gold finally found a home as a practical resource as well, particularly in the connection of digital and audio relays and related wiring. That said, gold over history has been worth far more than just cabling. Entire wars have been fought over gold, and even in modern times it is still used as an alternate reserve of value and worth even though the metal itself produces nothing.

In natural form, a gold ore piece or nugget can be found in the earth or within other rock in what looks like a malformed shape most of the time. This is typically because due to gold’s low melting temperature, it can liquefy easily, working its way into cracks and cavities of other rock still in solid form under the same heat exposure or higher. Gold nuggets are typically found in granite, commonly found in quartz, and can even run in streaks or veins through other types of rock. As the earth becomes exposed and erodes, gold breaks apart and into smaller pieces, often being washed away and ended up in watersheds such as streams, creeks, and rivers miles away from its original location. During the late 1800s, gold drove a tremendous migration to the California region of the western U.S., and much of it was found either in mountain river beds or caves and cracks in the Sierras themselves.  Eventually, most of the manual material available in the world that could be picked and pried open has been found, with an occasional odd finding still happening here and there. Most gold nugget findings today occur with full-blown mining operations that dig up thousands of tons of earth for a couple of dozen pounds of the gold at best.

Every small gold nugget found in history or in modern times was part of what is known as an original lode. This is usually a large clump or long vein of a gold collection that separates over millions of years and becomes smaller and smaller with natural earth movement. Those pieces found in water have often been polished due to the multitude of contacts and impacts with soil and other rocks while being moved by water. Over time, waterborne nuggets become extremely rounded and polished, unlike their cousins that are attached to or picked out of a solid rock.

Despite rumors over the years that it might be possible in the right conditions for gold to reassemble itself into larger nuggets, that idea was completely dismissed in 2007. Based on extensive research analyzing Australian nuggets it was made clear that natural gold only exists from fragments and lodes that were originally created deep inside the earth subjected to high heat and immense pressure, the kind of elemental forging that only happens in the same place volcanoes come from. There has never been any kind of natural process that recombines gold at the Earth’s surface-level via any other type of natural process. 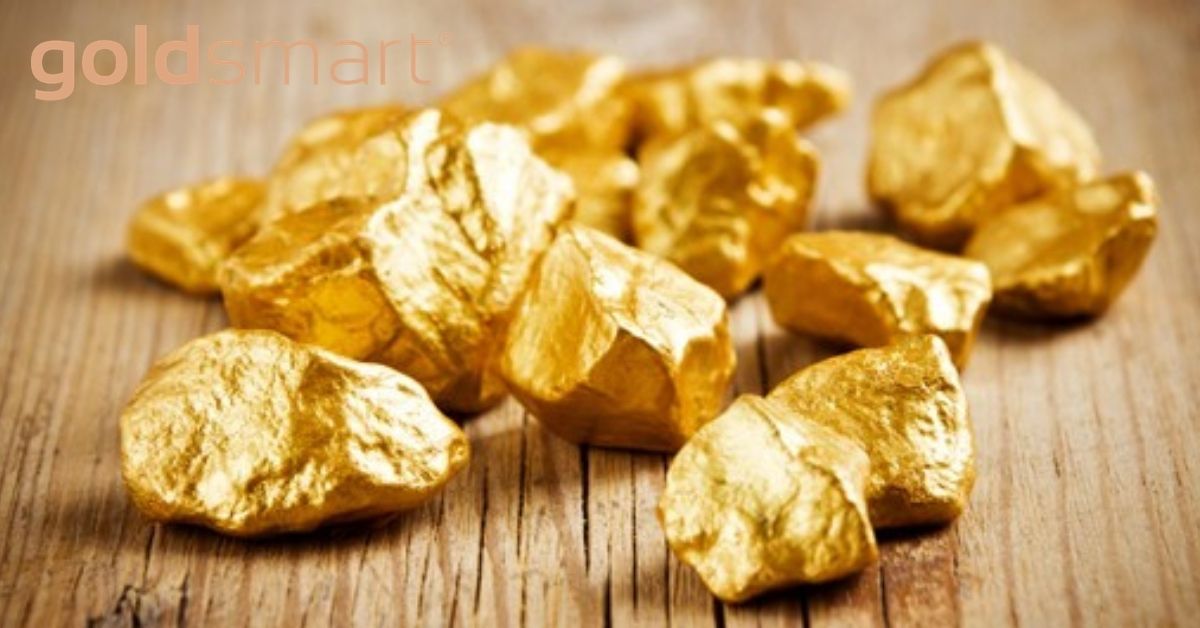 The Purity of Natural Gold

When found in natural form, a gold nugget tends to range anywhere from a 20-carat purity to as much as 22 carats (i.e., 83 percent to 92 percent). The higher purity nuggets seem to generally be found and located in the Southern hemisphere in places like Australia and Southeast Asia. On the other hand, poorer quality nuggets tend to be located far north in places like Alaska and Canada. The purity of nuggets is so distinct that it affects the color of the metal in natural form. In general, the richer the yellow color of the nugget, the higher the purity content will be. That said, nuggets have been exposed to the mixing of elements, and it is quite common to find nuggets with bits of other metals mixed in such as copper and even silver. All three are softer metals and the liquifying effect deep in the earth would easily swirl and combine such metals together randomly. For example, where gold has been mixed extensively with silver, it becomes a unique alloy known as electrum.

The Romans were quite enamored with gold, referring to it in Latin as the “shining dawn.” That interpretation was produced by the term “aurum” which in turn produced centuries later the elemental symbol of gold, Au. The reference to the purity of gold is also rooted in ancient times as well. The carat is a word that comes from the carob seed. These plant seeds were used as a standard weight. Since most merchants were able to get their hands on them, carob seeds became an industry metric which eventually led to the word, carat. Ancient trade was not limited to the Mediterranean; gold was found, harvested, and sought after in trade everywhere from China to South America to Asia. And it was one of the driving forces that caused exploration and connection of different lands and people to each other, many times forcibly.

Overall, the greatest amount of gold collected by recorded human effort over the centuries is estimated to equal approximately 165,000 tonnes, at least as of 2009. Of all that discovery, the largest nugget weighed in at 78 kg and was found in Victoria, Australia as late as 1869. The second-largest nugget was also found in Australia in Ballarat, it was approximately 7 kg lighter. In comparison, the largest gold nugget produces halfway around the world in California during the Gold Rush only scored a measly 6.25 kg in comparison. That said, it outsized anything else found in the U.S., so the nugget still gets to hold reign in the California State Mining Museum. Think all the gold of sizable proportions has been found? Think again, in 1980 a beautiful unit was found in Australia again, but this time with a metal detector.

Despite the world land surface having produced a considerable amount of gold, the ocean floor is estimated to have eight times the amount found on land. Of course, the problem is finding it underneath the ocean water. For centuries, the cost of diving has been prohibitive, making the effort impractical. However, in recent years advances in technology have allowed greater and greater reach to the ocean bottom, and that is producing a greater opportunity for additional harvesting. In short, some estimate some 10 billion tons of gold sit captured inside the oceans of the world. 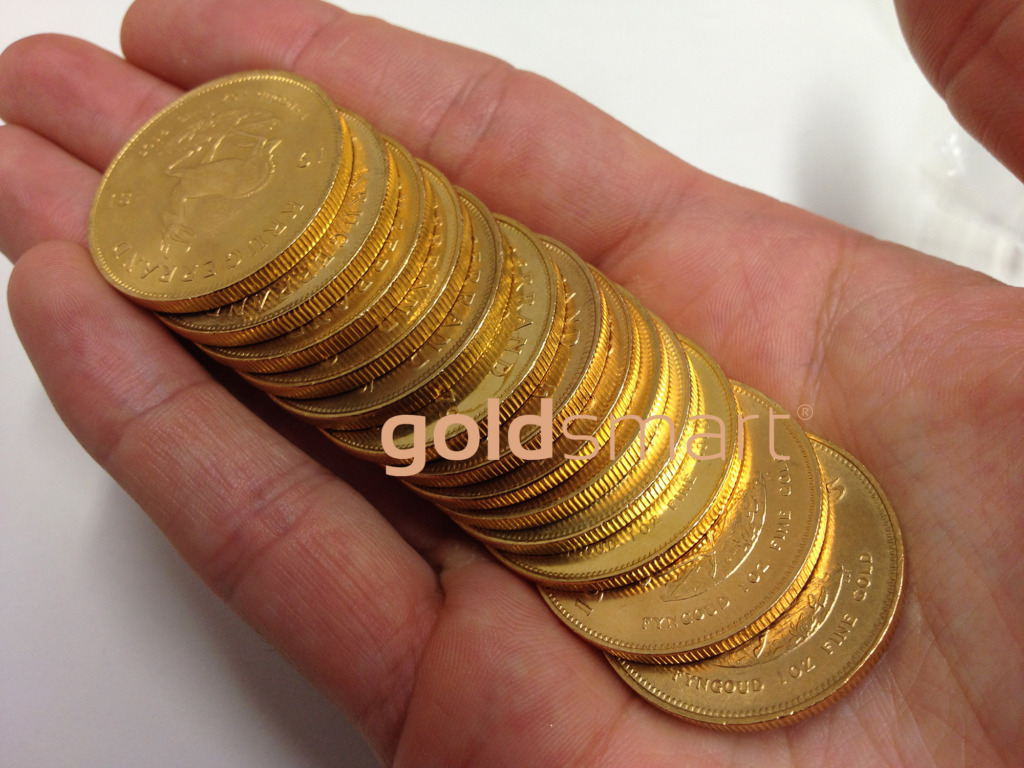 While gold is mentioned tens of thousands of years earlier, the first recorded jewellery made by human hands dates back only to 3,500 B.C. That said archaeologists know that gold metal in natural form has been around a lot longer, having found bits of it on tools and in work pits of Neolithic sites as well.

Because of the metal’s natural softness, gold was a very easy material to work with once ancient jewelers started to figure out how to work with it. Well before refined melting was applied, gold could be hammered into shapes from its natural form because it was so shapeable. This allowed gold to be used both as main pieces as well as accents to other assemblies. In fact, gold could be hammered so thin, one could see light through it as the metal still held shape. For example, one ounce today can be mechanically flattened to as much as 300 square feet, an amazing feat.

The strengthening process of gold for more practical uses such as worn jewellery requires it to be purposefully contaminated with other metals. Melted and remixed into an alloy with other metals such as copper and silver, gold gains structural strength. This allowed gold to be used in chains, rings, bracelets, and necklaces, all of which would last longer being worn as a result. However, that also decreased the value of the gold, and even today gold jewellery is rated and valued by its gold content, with 10-carat gold being the lowest value and 22 to 24-carat gold being the highest and most expensive.

Gold is now regularly being used in minute amounts in computer technology and for the last two decades, it has been a hot commodity for telecom and audio equipment as well. This high tech demand has increased the consumption of gold by industrial channels and has actually fomented an industry now focused on harvesting gold from old computer and technology equipment once it becomes outdated and obsolete. While no one is going to get rich quick gutting their old computer motherboard, companies and outfits that harvest metals from motherboards and chips by the hundreds and thousands have found it to be profitable.

At Gold Smart, we provide a reliable and local New Zealand resource for selling Kiwi gold as well as for those interested in buying the precious metal. Because we have been so connected in the gold market, Gold Smart remains one of the most established and outstanding New Zealand experts on gold as well as the resale of second-hand gold from coins, jewellery, bullion, and similar. If you’re looking to liquidate personal jewellery made from gold or interested in purchasing gold for investment, give us a call or email. We provide a no-pressure environment and are quite happy to help educate anyone on gold aspects and how they impact a customer personally. To find out more reach out and one of our buying experts or salespeople will help you through the rest.