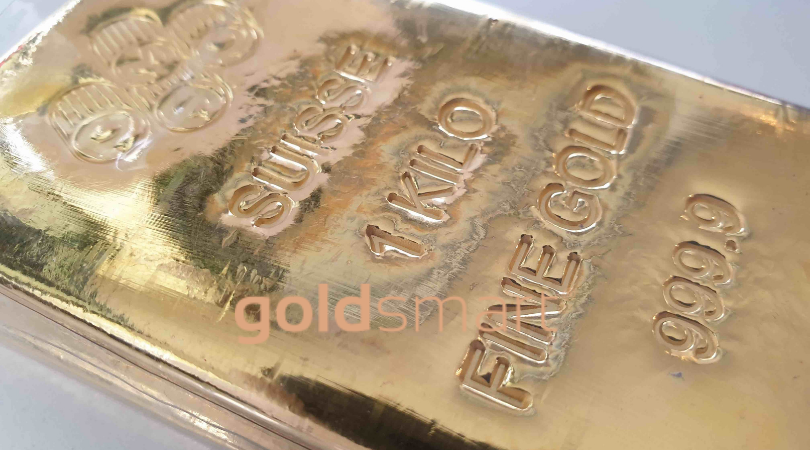 A year ago, people were expecting that gold was going to go through another breakout by 2021, especially if the COVID pandemic was still in place and economic conditions were still shaky. Well, here we are a month into the new year of 2021 and, unfortunately, there has been no breakout per se. Instead, the crypto markets gobbled up some $200 billion in discretionary funds from December 1 to January 15, money that might have been used otherwise to pump further into gold as a hedge. Unfortunately, the lure of quick gain turned into a route as the fear of missing out or FOMO took over everyone and even more money was thrown into crypto as a result. That dampened gold and caused the precious metal to hit a plateau that has continued, ranging from a low of $1,850 to $1,940. So, exactly what can one expect from gold prices going for the new year as a result?

The idea that there will be a breakout grows weaker and weaker, and many more are worrying that gold has finally reached its ceiling only to start falling back down again in a serious retraction.  After all, gold spot prices have been on a steady decline from August 2020, slowly working their way back down to the price point of mid-2020. After that, a further decline would definitely be entering into correction territory. Gold isn’t going to suddenly go cheap anytime soon; it has a long history of being valuable, but the question is how much it will change going forward matters.

Let’s start with what we know that will affect the price of gold going forward. The aforementioned crypto surge seems to have run its course and lost steam. Bitcoin reached above $40,000 a unit and then fell back, although multiple surges kept bringing money back in. However, the profit-takers pulled steam out of the cryptocurrency channels and the digital coins no longer seem to have sufficient steam to go higher. In fact, for many who have held on from just the last three years, the profits already in place are immense and very tempting. And that will also trigger further deflations and limiting for additional spikes for the next few months as well. In short, the promises of crypto have begun to disappear, which will drive folks to look for value gains elsewhere.

The stock market has also been continuing to steam forward, on a long tear since 2019, only to be interrupted by the COVID scare of March 2020. Right now, the market continues to be close to hits the highest peak worldwide. The U.S. Dow Jones, for example, continues to ring in at 30,211. The high peak it had prior to the COVID dip was just under 29,000. Similarly, the Hong Kong Exchange has been on a long run upwards as well, at least since 2016. It has jaggedly been rising from a low of 19,605 in 2016 to a rocket of 29,419 as of the beginning of February 2021. Similar behavior has happened with markets around the world. And, like all good things, bull markets do come to an end, rather dramatically at times. Given how much steam has been built into the markets, they too are primed to start giving up gains and dropping as well. Mathematically, the dynamics are still in place for further rise, but stock markets rarely follow math models in a vacuum. 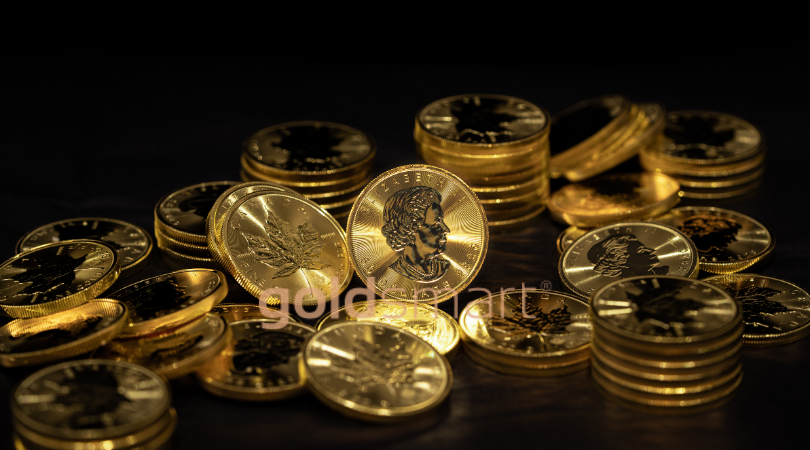 Politics Are On the Move

Let’s turn to the international politics as a third element. Europe has gone through its own throes with Brexit being finalized. And, the most immediate impacts have been, predictably to England’s inconvenience. However, the rest of Europe’s powerhouses have generally stable, having put in place numerous safeguards as a result of the 2009 Recession that ricocheted across Europe painfully after the U.S. economy stumbled. People haven’t forgotten the collapses that occurred in Greece a decade ago as well as in Iceland, and how much France and Germany had to bail everything out. If nothing else, the European stalwarts tend to be fairly conservative after being burned.

On the American side, obviously, the U.S. elections have ended with a new president presiding over the country and a new political party in charge. If anyone thought that’s simply a matter for folks over the pond, then it would be dismissing the interconnected economic impact of American spending around the world. And with a political position now that is far more interested in pumping money into social programs, the business side of things may begin to feel a dampening effect as well as increased regulation and taxation once things stabilize. It’s not really conjectured; U.S. Democratic policies tend to historically be heavy on government spending and a burgeoning price tag later on.

On the Chinese side of things, the Asian giant has been heavily spending, but it also has a considerable amount of funds locked up in other nations’ debt as well. That has provided an incredible amount of income for additional assets and resources for the country’s government. Combined with the consolidation of control over Hong Kong as well as the massive push on all fronts for China’s interests in international building, the country is positioned well to continue growing and taking over economic territory from what used to be American and European business interests. As a result, it would be realistic to expect that China will continue to push in 2021 for greater economic territory, as well as challenging former paradigms to increase its benefits. That will create instability and flux in the Pacific and South Pacific markets as well as even the African continent.

Gold Doesn’t Have a Strong Argument for Another Rise

In short, the major dynamics that significantly impact the value of spot gold are in play to drive it further. However, if there is a sudden cash shortage as what happened in 2009 when credit was frozen up, insufficient funds will be on hand to take advantage of the need for gold as a safe harbour to protect the value that suddenly starts to deflate in markets, assets, and financial holdings.

So how should one hedge this market now in 2021 without losing one’s shirt? Well, fortunately, for those who already have gold on hand, things are still essentially very rosy. Let’s be practical; those with personal gold have likely had it for at least the last two to five years at a minimum. Even recent holdings in the form of jewellery, accessories, coins, bullion and similar, will have appreciated significantly. And for those who are seeking to recycle their gold for cash, 2021 is still a very good time to do so regardless of what’s going on with the world outside.

Yes, the dynamics of what is happening in the world, whether it be the market or international politics, doesn’t bode for a strong argument of gold rising further. In fact, most indicators are continuing to push for a correction in the next few years across the board, including crypto, markets, and gold altogether. These things will all return eventually, but for those who are interested in taking their return, 2021 may very well be the year to finally really let go of unwanted gold now for its full potential and cash value. While there is no such thing as a perfect prediction on gold prices, it would be shocking to see gold spike again given the circumstances of things right now for the next 12 months. Then again, surprises can happen. 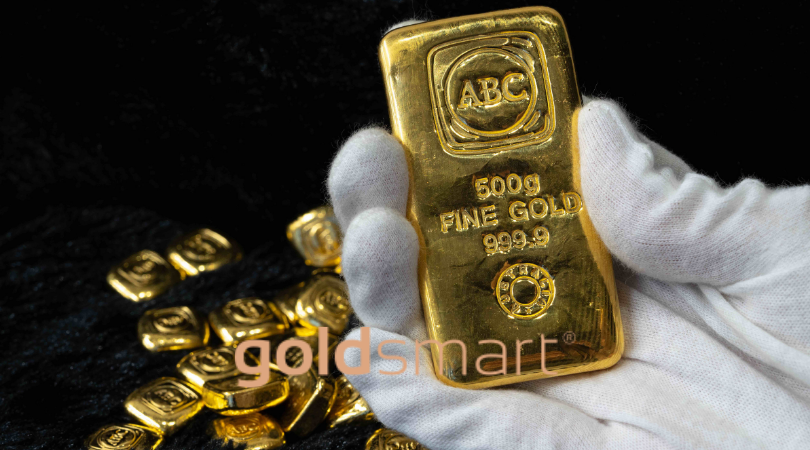 What to Expect When Selling Gold Now

Just about everyone has gold of some sort. Whether it is scrap gold, gold jewellery, gold coins, gold bullion, or any other type of gold, it has value. Even silver, palladium, and platinum pieces fetch good money. Bring your gold coins, bars, and other precious metals to Gold Smart for a fair appraisal. You can use the proceeds to purchase whatever your heart desires.

Take a moment to think about how long it has been since you used your gold items or even looked at your gold. Now think about how many times you have used that gold jewellery or other gold pieces. If you have paid attention to the price of gold, you are aware this precious metal has significantly increased in value across the past decade. Now is the time to sell your gold, cash out, and enjoy life. After all, there is no guarantee the price of gold will continue to increase or even stagnate. Why not sell your gold to Gold Smart? You might be surprised as to how much cash you can still get for your old gold, scrap gold, broken gold items, dated gold jewellery, and other precious metals.

Currently, the price of gold is still in a healthy range of $1,850 USD per ounce. This could literally mean you are still sitting on a gold mine with your old, damaged, or simply out of date gold jewellery. If you agree that you’re ready to sell gold and take advantage of where the price is now versus where it could be in 2022 and forward, especially given the above factors, then Gold Smart can help you today. Our team can expertly evaluate and grade your gold items for their best recycle value and sale price. There’s no need to go through middlemen, online auctions, or sketchy corner store buyers. Give Gold Smart a call today to find out more. We are able to address gold buying in-person as well as online with a secure courier. No lot is too large or too small and, best of all, Gold Smart provides one of the most reliable and safe channels for gold selling in New Zealand, as it has year after year.